>Following Photofocus‘ great article/rant about the megapixel madness that camera manufacturers have fallen to, I thought it would be useful to make an article explaining exactly how a GREATER mpx count is BAD for your pictures.

(ALERT: GEEK TALK COMING!)
Continue, after the jump.
So, right off the bat, it’s important to understand how a photo-sensor works.
The biggest part of any sensor is the photodiode array. Photodiodes are, obviously, diodes that are sensitive to light. When light hits them, they output an electric signal.
Both CCD and CMOS diodes work in similar way; and overpacking affects both in the same way.
The basis of every electronic device is binary-code. (Don’t run away yet, I’ll keep it simple!)
There are only two signals: no current (0), and current (1). The speed and errorless processing is obtained because of the big amplitude between the two signals, resulting in a very clean output, as the “noise” (signals in-between) is not recorded.
When sensors are working, they produce heat. (Duh!)
In overpacked sensors, this will result in a whole area becoming overheated, instead of just a couple of rogue diodes. As this overheating occurs, given the laws of physics, electric noise is amplified and it starts showing on photographs. More, electronic components are not REALLY fond of overheat, so you can expect related damage happening more frequently.
Besides that, you know when you go batshit get really annoyed by missing a photo because the camera was lagging/processing/starting for too long? More mpx mean more bulk data to be processed, and gradually slower cameras.
Real-life numbers:
HDTV standart: 1920X1080 pix. Translation: roughly 2Mpx.
That awesome footage you see in NatGeo-Channel HD? ‘Bout 2 megapixels. Ten years ago, outdoor-posters were being shot with 3~4mpx cameras. Think about that.
Real-life images:
Nikon D80 on S-JPEG (~2,5mpx, APS-C sensor) 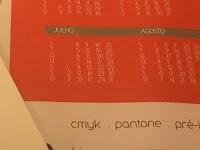 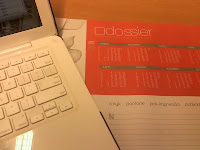 There you have it. Similar pixel count, unequal pixel densities.

Completely different results.
So, long story short: Don’t be fooled into buying cameras by looking to the megapixel sticker.
Ask for a pixel density value (px/area). The lowest the value, the better. If a store can’t help with that, head to DPreview and start there.